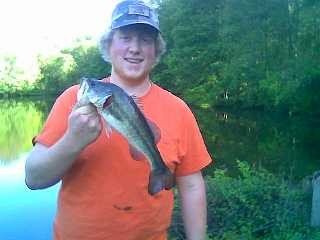 Andrew J. Schrage attended the J. P. Speed School of Engineering at the University of Louisville majoring in Mechanical Engineering. He was awarded his Bachelor of Science degree in Mechanical Engineering posthumously in 2011. He was passionate about his career and at the time of his death was co-captain of the Formula Racing team. During his freshman year he was in the Louisville Marching Band. He was loved by his family, friends, team members, and professors. When he died in a tragic electrical accident, his family established in his memory the Andrew J. Schrage Memorial Scholarship.

Andrew grew up in the rural Boone County community of Rabbit Hash. He was a graduate of Connor High School and was active in the marching, pep and concert bands. He loved fishing and hunting and the great outdoors. Growing up he was an active cub scout and regularly attended church camp each summer. More than anything Andrew was best remembered as an individual who would do anything for anybody. He often would help individuals in need. For example, one weekend he used his pick-up truck to help a family that lost their house. Andrew organized his friends that had trucks and vans and moved the family twice in one weekend. He was an organ donor from the time he could first drive and others benefited from this selfless act.

He was incredibly hard working even as a teenager. In one Job at Frisch’s Restaurant he was in charge of the freezer and storage room. The visiting inspector said it was the cleanest he had ever seen. His boss at Ace Hardware kept him on the employee list after he went away to college. He said he always hoped Andrew would come back to work there. Growing up, Andrew loved working on cars and tearing things apart—just to try and put them together again.

There are many words to describe Andrew. The most descriptive values he held were friendship, loyalty, humor, curiosity, hope, intelligence, family, independence, and success oriented.

Andrew is buried in Highland Cemetery in Fort Mitchell, Ky. He was survived by his father Robert J. Schrage; mother Andrea J. Schrage, and brother Ethan R. Schrage. A song was written about Andrew following his death by musician Jake Speed.